If you want to buy a men’s watch, it looks like the minimum budget that the industry suggests is 10,000 Swiss francs. That is, at least, if you go by the entrants in the men’s watch category in the GPHG 2017. Admittedly, this is not an exhaustive selection of what is available on the market, but among the 29 watches entered in this category (the most entered in any category this year), only a handful were below this psychologically important barrier. The jury has whittled this down to just six finalists – all from the finest names in Swiss and Japanese mechanical watches and all with irreproachable levels of quality – but if you want to actually buy one, then the minimum investment is one quarter of the average annual household income in the USA (12,900 Swiss francs for the Bulgari Octo Finissimo), rising to twice this for the Voutilainen 28ISO Enamel (98,000 Swiss francs) and nearly four times for the Greubel Forsey Signature One (190,000 Swiss francs). Given that the average income in the USA is the second-highest in the world at purchasing power parity (sandwiched by the tiny country of Luxembourg in first place and Switzerland in third in the latest OECD statistics), we can safely deduce that these watches are above average in terms of price. 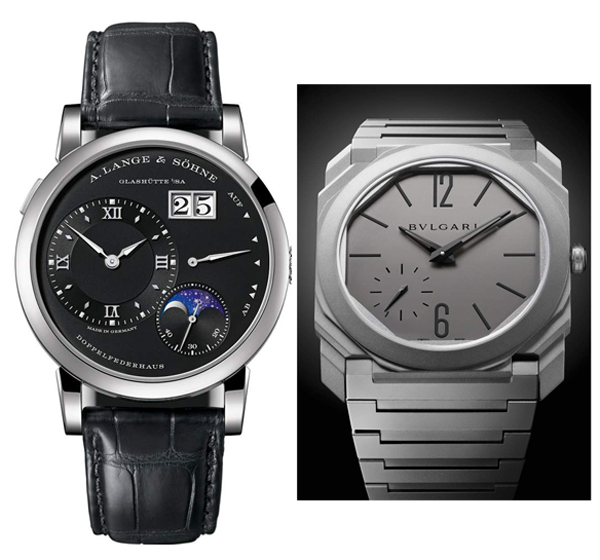 But does the above-average price automatically guarantee an above-average watch overall? In the case of the finalists in this category, I think we can answer in the affirmative. Each of the six watches retained by the jury is singular in its own way. The A. Lange & Söhne Lange 1 Moonphase, for example, has a moonphase display with a solid-gold moon that is accurate to a staggering 122.6 years. The Bulgari Octo Finissimo Automatic is nothing less than the world’s thinnest self-winding watch at just 5.15mm and, unusually for ultra-thin timepieces, has a matching titanium bracelet. Grand Seiko’s recreation of its first-ever watch from 1960 has been issued to mark brand’s full independence from Seiko this year and the limited edition in yellow-gold is sure to become a collector’s piece. The Slim d’Hermès L’Heure Impatiente houses a unique module that counts down the last 60 minutes to a chosen time, sounding a single chime as a reminder of the important event.

In a recent issue of WatchTime, we took a peek at a century-plus of notable timepieces from A. Lange & Söhne. Here are seven highlight bits and the stories behind them.This pocketwatch is the second-most complex timepiece ever made beneath the A. Lange & Söhne title. (The first is that a modern-day wristwatch edition of the piece.) Its original owner, a Viennese named Heinrich Schäfer, paid 5,600 German marks to it in 1902, a sum which could have bought a huge home. Rather, he opted for a huge dose of mechanical complexity. The opinion is really a grand complication at the strictest usage of the expression: a watch with a perpetual calendar, split-seconds chronograph and second repeater (in addition, it has petite and grande sonneries). The 42500 also includes a foudroyante (French for “lightning”) minutes screen, in which the seconds hand spins around its subdial once per minute, revealing 1/5-second increments. The movement has 833 parts, housed in a artistically decorated rose-gold case fitted using a seven-part enamel dial. 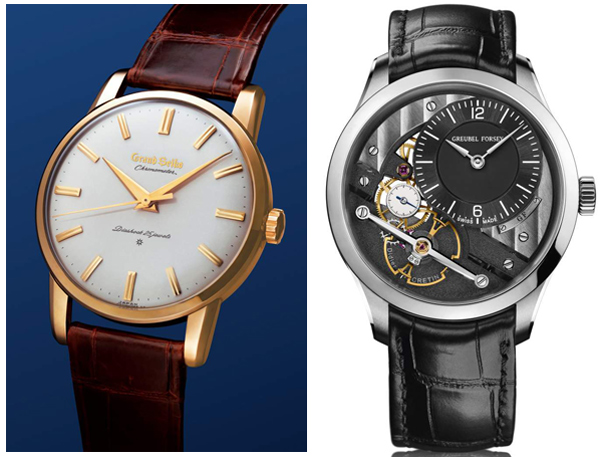 The inevitable question of a favourite leads me for once to make a decision that is emotional, rather than rational. Among the many worthy contenders I cannot help but have a preference for the Voutilainen 28ISO because of its quirky display. It’s a watch that you need to wear to understand, because it was inspired by one of my favourite books, “Thinking: Fast and Slow” by Daniel Kahneman and is designed to help you develop a more intimate relationship with time. 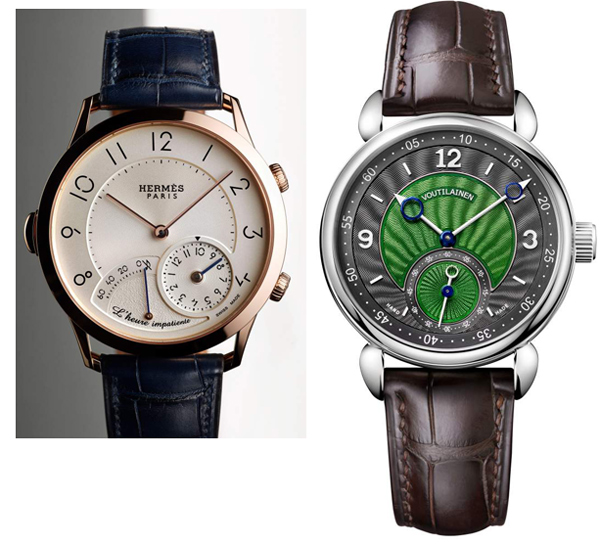