Held from the pragmatic case, which itself features a solid caseback and miniaturized crown, is a vintage-inspired, curved sapphire crystal which looks like the oil crystals of the past. Under this is the view’s detail-packed dial using a B-Uhr pilot-style triangle in the 12 o’clock position, a red inscription toward 6 o’clock position for “Army Form,” and faux patina beams throughout. The timepiece comes with an outer second track with large printed indices and Arabic numerals rising in increments of 5 in every hour mark, using a subtle, spherical date window at the 4:30 position hiding in plain sight. Powering the watch’s different hand configuration is the automatic Caliber BR-CAL. 302, which is based on the Sellita SW-200, and stores a 38-hour power reserve. The item is now available online and through boutiques worldwide, priced from the brand at $1,990. Among the clearest historically based details, you’ll observe the no-nonsense steel case using simple satin-finishing, sized in 38.5-mm — which can be at least 5 mm larger than the WWII-era watches it appears to be paying homage to, but nevertheless a dimension relatively restrained in comparison with the generally large watches created by the brand. You will also observe the pilot’s-watch-style 12 o’clock hour mark, a feature initially developed in the late 1930s on German B-Uhr pieces and which find their modern descendants in the Big Pilot and Mark XVIII from IWC, the Stowa Flieger Klassik, and many other watches. The last important vintage-inspired feature is at the tiny red inscription toward the base of the dial, a detail that was more common in later, post-war military watches such as the Heuer-developed Bundeswehr 1550 SG (image above, through FratelloWatches) discussed in our coverage of this 1950s-derived Junghans Meister Pilot. In all, the modern watch appears to be borrowing key attributes from early pilots watches such as the B-Uhr and Mark 11 (picture below), while also taking on other army watch influences like those in the “Dirty Dozen” WWII pieces and later military chronographs. 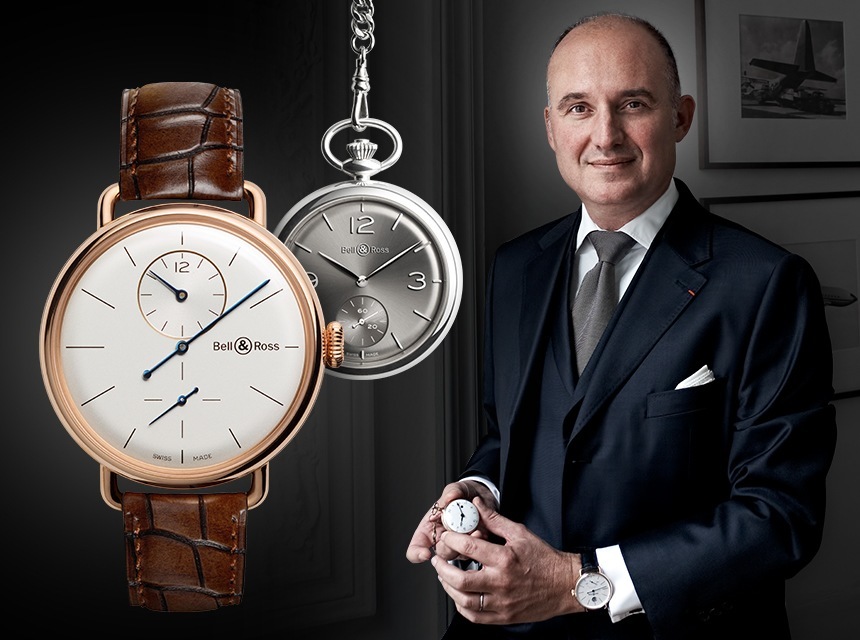 Welcome back to an original aBlogtoWatch feature, “My First Grail Watch.” In this series, we ask prominent people in the watch industry about the first timepiece that they lusted after. Today, we are talking with one of the co-founders of Bell & Ross, Carlos Rosillo. Read on to learn about the family watch that inspired (and inspires) him.

aBlogtoWatch (ABTW): Who are you and what is your relationship to the watch industry?

ABTW: Many people define a grail watch differently – how do you see them?

Carlos Rosillo: For me, the grail watch is the one that above all wakes up emotions. Besides the value of the materials and the craftsmanship, this kind of timepiece has to hold inside a high emotional weight. It’s the case for an inherited watch or an exceptional timepiece.

ABTW: Given that definition, what was your first grail watch, and what did you like about it?

Carlos Rosillo: The first one was a very old pocket watch that my grandfather owned and that I was always admiring for its elegance and its simplicity. That piece woke up my passion for watches, and I was thrilled when I inherited it. Even today, it is one of my timepieces that I am very affectionate towards. It prompted me to eventually produce the Bell & Ross PW1 Minute Repeater pocket watch in Argentium, which is a durable form of sterling silver. 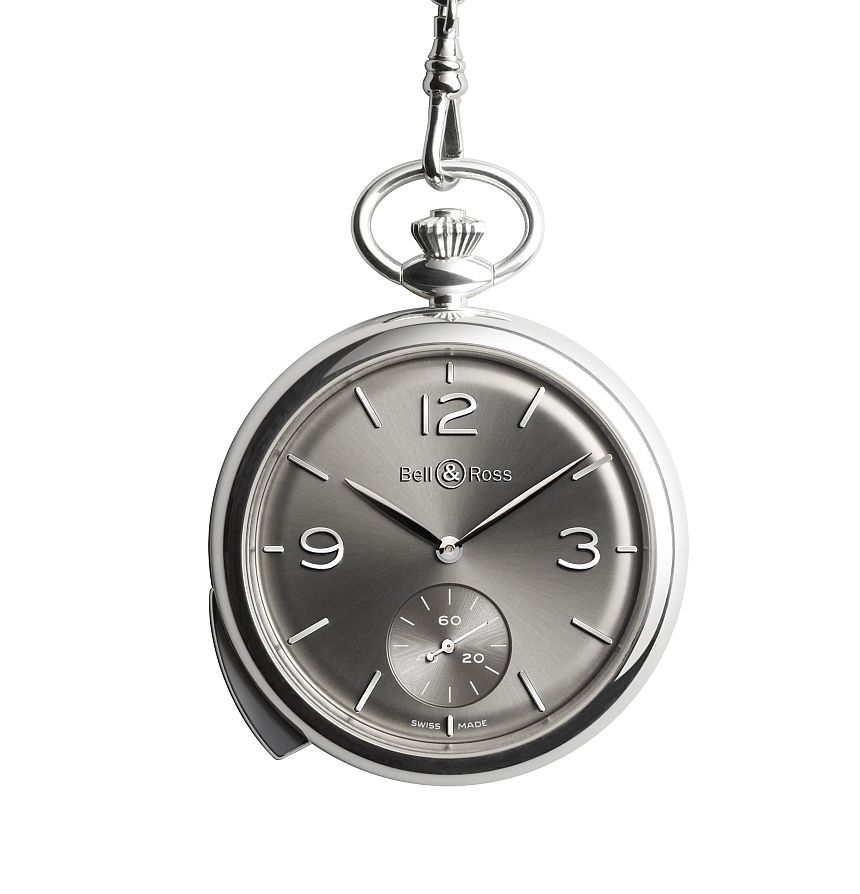 ABTW: It’s great to have that sort of heritage in a family. What drives you these days?

Carlos Rosillo: I am passionate and a collector of military watches. When I founded the company with my partner Bruno (Belamich), our goal was to create perfectly reliable military timepieces with the help of today’s modern technology.

So, then, I was lucky to be able to have my milestone timepieces, such as when we received the first Halliburton briefcase with the very first 12 Bell & Ross prototypes. 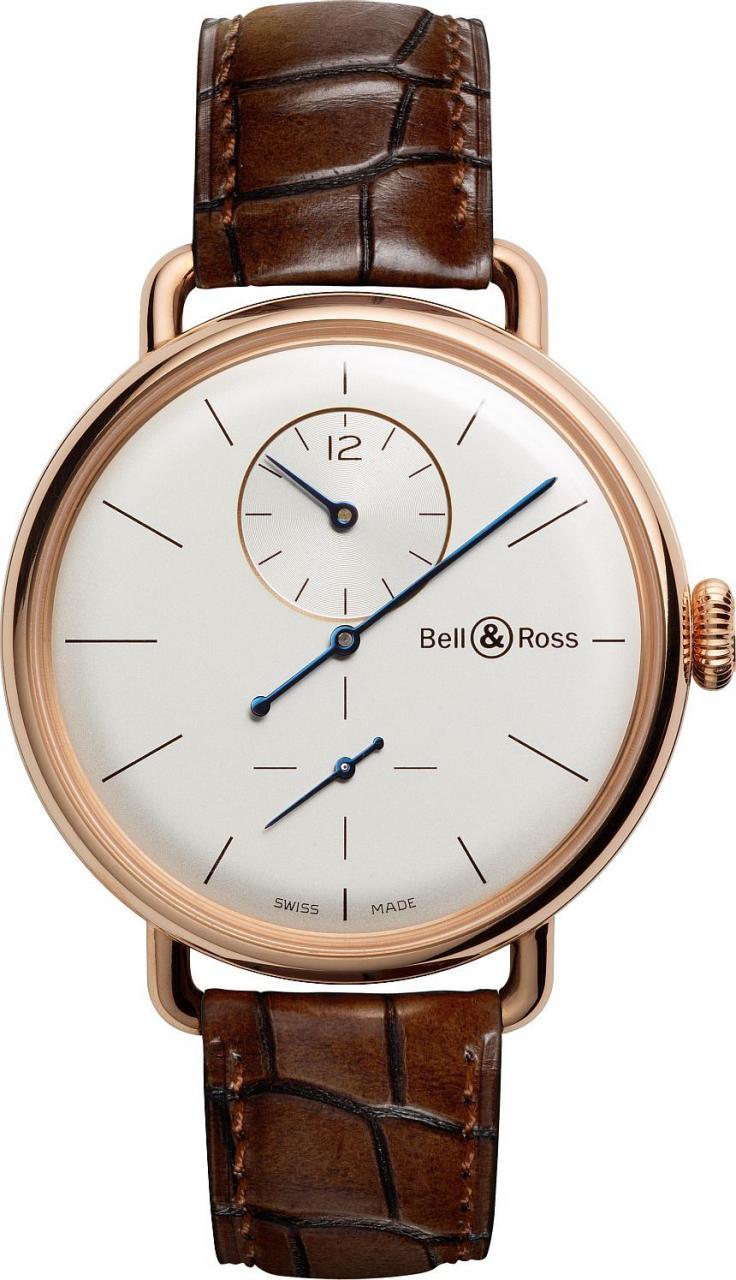 ABTW:  I can only imagine how exciting that occasion must have been! What other creations have been highlights for you?

Carlos Rosillo:  Owning Bell & Ross allows me to create my dream watches. We enjoy of the high degree of craftsmanship of our watchmakers, and thanks to this, I could offer myself timepieces that I’ve always dreamed about. For example, now, I am wearing the WW1 Pink Gold Regulator, with its pink gold case, its retro and elegant dial that for me is a timeless piece.