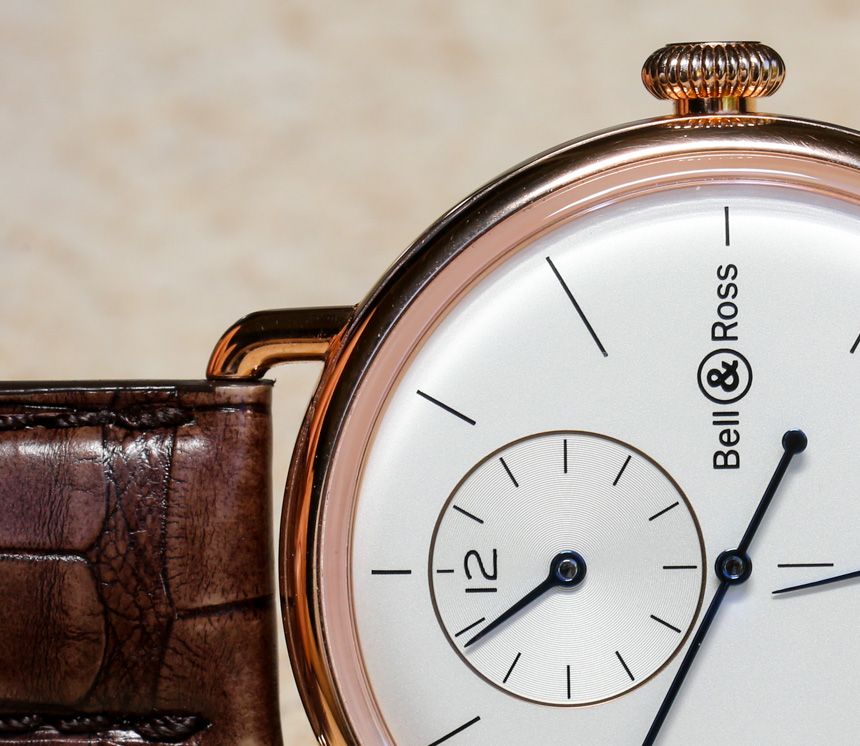 Bell & Ross’ WW1 Regulateur watch was among the most under-appreciated dress watches of 2013 in my opinion- and I think it is safe to call it a dress watch. What you are seeing is among the most elegant and “minimalist” regulator-style timepieces available, that still manages to achieve a high level of legibility and design refinement. It is one of the latest high-end pieces in the larger Bell & Ross WW1 collection and, as of now, only comes in 18k pink gold.

Over the last five or so years Bell & Ross has been “stepping back in time” by examining key eras from the past and designing watches with those themes and time periods in mind. When the WW1 collection was launched in around 2011 (hands-on here), it was a Bell & Ross homage to the first wrist watch, or in their lingo “wrist watch 1.” That of course was meant to look like WWI, or “World War I,” but that is when most people agree the wrist watch became a mainstream object. Though wrist watches as a product started in around 1904. 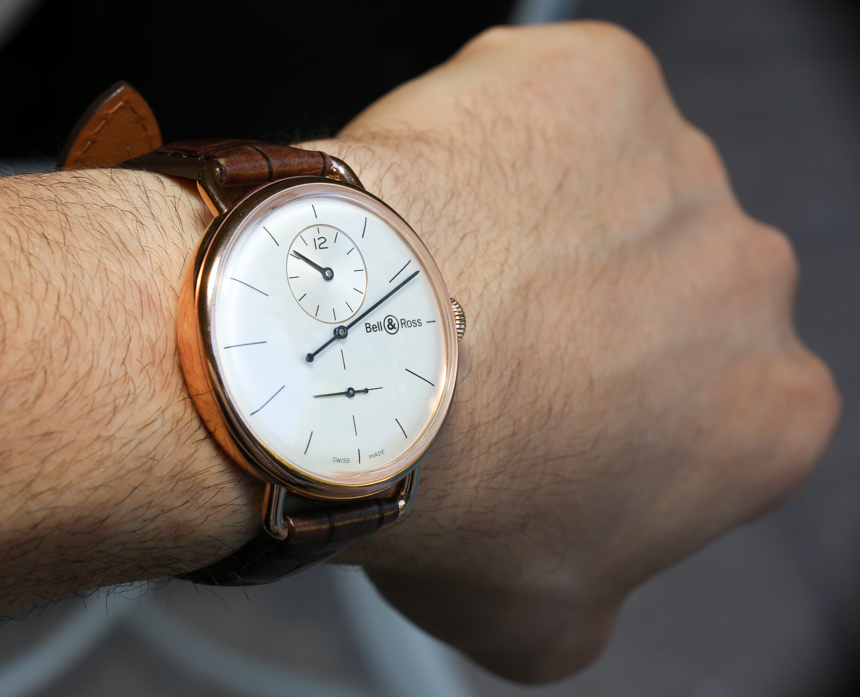 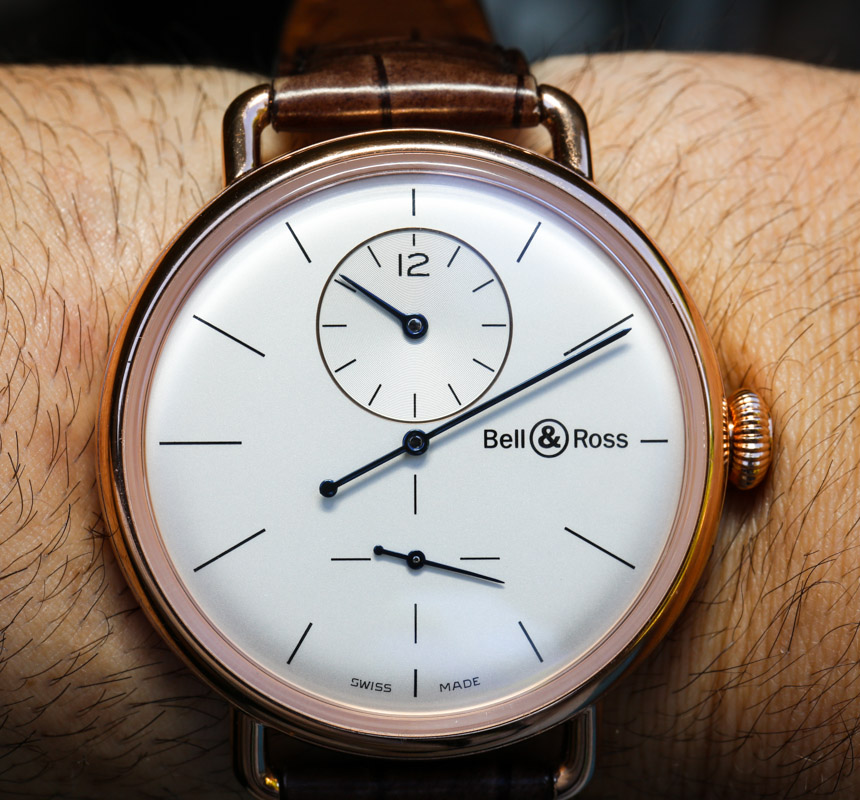 With a 42-hour power book and beating at 4Hz, this really is competent, dependable modern motion found in much more watches than I will list out here. I discussed this motion in the Tissot Heritage 1948 Hands-On article here, but it is a modular movement based on the ETA 2892-2. Bell & Ross has slightly altered it to eliminate the third sub-dial but mechanically it offers the same 42-hour power book and remains just as reliable. The sapphire crystal of this display caseback is printed using a silhouette of the Bellytanker concept car. They’re sized and made conservatively enough to be daily wearers too.

Most Bell & Ross WW1 timepieces are meant to resemble early wrist watches that evolved from pocket watches. The WW1 Regulateur has some of those features such as the hoop-style lugs as well as the caseback style. The caseback is actually pretty nice, with a machine guilloche engraved design that is a welcome added texture given that most of the case is polished smooth like a pebble. Bell & Ross calls the engraving style “barleycorn.”

The case is also nicely sized at 42mm wide and wears very comfortably on the wrist. Bell & Ross intentionally produced it in 18k pink gold so as to communicate its higher-end nature. In addition to being part of a small limited edition of pieces, the WW1 Regulateur is a bit more expensive than your average Bell & Ross timepiece. It also happens to come on a beautiful brown alligator strap with matching 18k pink gold buckle. 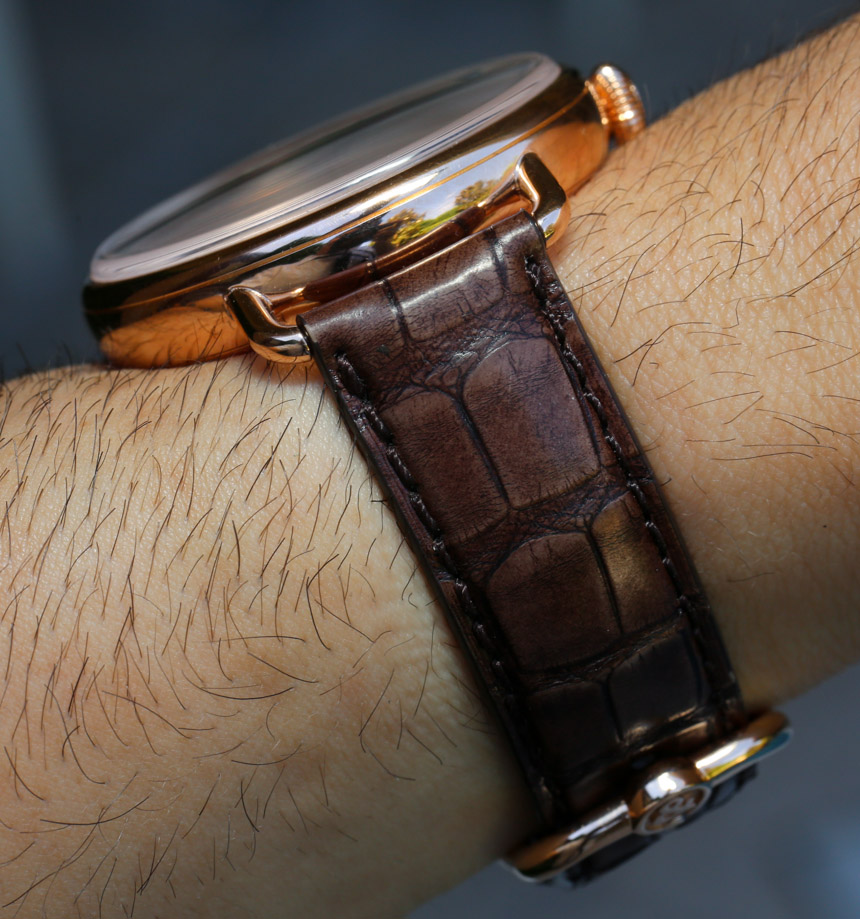