A particular quality of Caliber L921, also known as the Sax-0-Mat, is a zero-reset role for those moments — hence the “0” at “Sax-0-Mat.” The tiny seconds hand automatically contributes to the zero position when the crown is pulled out, for to-the-second period setting. “Sax-0-Mat” seems on the dial and rotor. The equilibrium oscillates at 21,600 vph. A. Lange & Söhne provides the Langematik with or without a big-date display.The company unveiled its in-house chronograph movement, Caliber L951.1, in the Basel Fair in 1999. The caliber, which was hand-wound, 30.6 mm in diameter and 7.5 mm thick, was four years in development, and included a flyback function.Its unconventional features include a separate bridge for the fourth wheel, a chronograph functioning lever mounted between two bearings, a flexible coupling lever positioned at the middle of the fourth wheel, plus a minute-counter-operating lever mounted involving stones. There’s also a stepped pinion for accurate minute-counter advances, an escape wheel with four stones, a massive Glucydur screw balance and a Breguet balance spring. The balance oscillates in the classic frequency of 18,000 vph. The grade also supports Lange’s recognizable outsize date, where the prefix “Dato” alludes.

Unlike many of its fellow exhibitors inside the Palexpo, Baume & Mercier makes no claims to be a manufacture. Given the brand’s price point, it would be a folly to suggest this or aspire to this. Nevertheless, Baume & Mercier now has its own movement, the Baumatic, which has been developed by Richemont’s ValFleurier movement production facility in accordance with the brand’s specifications. And what a set of specifications: silicon hairspring, magnetic resistance to 1500 Gauss, chronometer-level performance and a power reserve of 120 hours. All for a price of 2,450 Swiss francs that would take some beating at Baselworld, never mind the rarefied atmosphere inside the halls of Palexpo. Oliver Müller brings you the full story tomorrow. 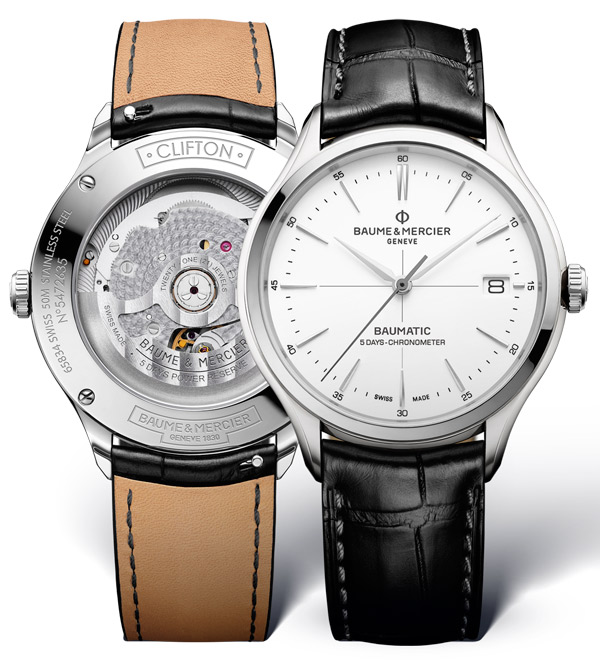 Fourteen years after the Double Split, A. Lange & Söhne spoils us with the Triple Split. The former was the world’s first split-seconds chronograph that could record comparative measurements with an aggregate duration of 30 minutes; the latter, quite logically, pushes the boundary further and is the only split-seconds chronograph in the world that can measure additive and comparative times for elapsed times of up to 12 hours. Find out more about this technical marvel in my article on Wednesday. 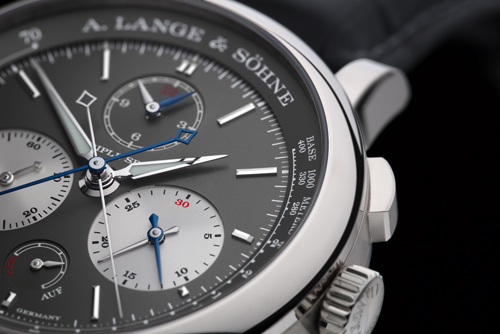 Since the Ferdinand Berthoud brand was launched barely two years ago under the leadership of Karl-Friedrich Scheufele its development has been staggering. Its FB1 chronometer, which is now in its fourth iteration in less than two years, scooped the most coveted prize in watchmaking at the GPHG in 2016. The new FB 1R.6-1 will certainly be among the contenders for this year’s awards, too. Its name might not trip off the tongue, but like its predecessor this new regulator version houses the same highly-complicated fusée and chain constant-force mechanism and conical power reserve function. The aesthetics may not be to everyone’s taste (but there is a mini trend for excessively uncluttered dials among the upper echelons of the industry, with Greubel Forsey’s Nano Foudroyante going down a similar route) but with only 20 models available demand will undoubtedly exceed supply. Oliver Müller brings us all the details on Friday. 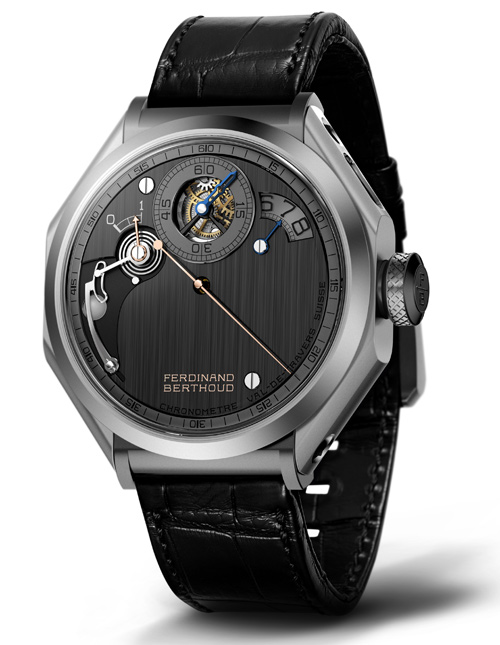 This is, of course, just a bite-sized appetiser ahead of a veritable feast of watchmaking this week. As usual, we will be updating the site regularly throughout the day during the SIHH and posting wristshots and behind-the-scenes coverage on our social media accounts. If you don’t want to miss the news make sure you sign up for our newsletter, which will summarise all our new articles every evening.