When reading spec sheets, we sometimes come across the ambiguous term “module”. It’s a rather vague and imprecise word, which can have any number of meanings. It can refer to the shape of a cigar, a space ship or, in the present context – watchmaking – a complication plate. Clear as mud? Thought so. Let’s have a little chat about movements.

A movement is like a wedding cake. It can have several layers. As a minimum, it supplies the basic functions required of a watch engine. It will count the hours and the minutes and, even if it doesn’t necessarily display them, the seconds. To achieve this, it relies on several organs working together as a system: an energy source (the barrel), a system for measuring time (balance / balance spring and escapement), a transmission (the gears) and an interface with the wearer (the display). This is what is generally known as a base movement, sometimes referred to as a “tractor”. 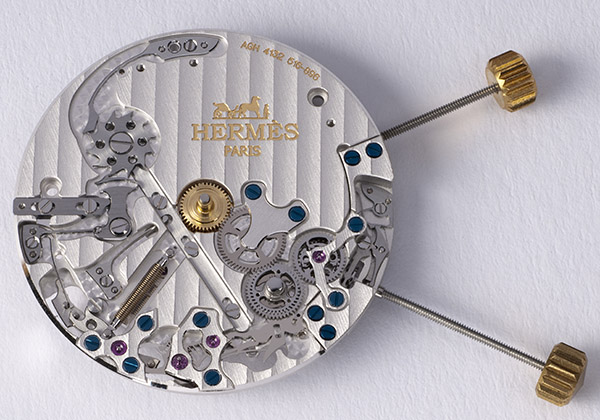 However, a calibre can also offer any number of additional indications. A quick back-of-the-envelope calculation brings us to well over a hundred complications and combinations thereof. How are they supplied? There are two approaches. The first is to start off with the base movement, and on top of that, graft a separate bloc that deals with one or more additional functions. This is the module. It’s called a complication plate because it is in the shape of a circular plaque. But it’s not autonomous. It borrows its energy and timekeeping functions from the base movement, which carries and supplies it (hence the term “tractor”).

The advantage of a module is that it can be made separately and grafted onto different movements. It’s also far simpler than a base calibre, which makes it relatively economical to produce. It enhances calibres with useful functions such as additional time zones, big dates, power reserves and moon phase displays. It is indispensable when it comes to exotic displays such as wandering hours and retrograde functions. The disadvantage is that it is superimposed on top of the base movement, and any protrusions have to project at a different level. To give a typical example, in a chronograph module (from Audemars Piguet or Girard-Perregaux), the pushers are not on the same plane as the crown. Even worse, the date, which is often part of the base movement, looks like it’s at the bottom of a well. 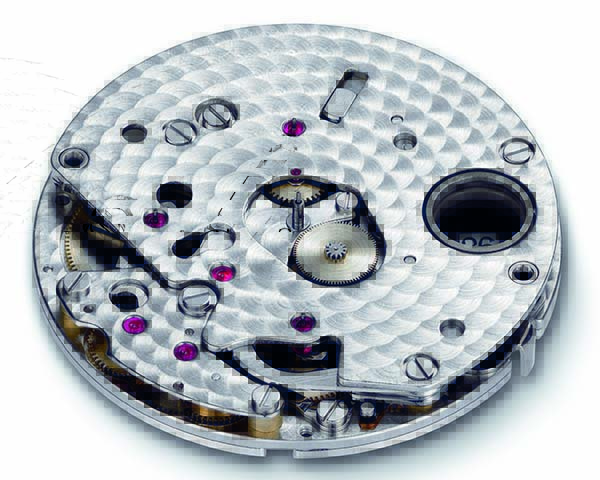 An alternative approach is an integrated movement. All the complications interact under the same roof, on a single plate, within a single unified whole. This construction is aesthetically more elegant, and it has a valuable functional advantage in that it is far thinner. Indeed, an integrated construction can incorporate functions in the lateral rather than the vertical plane. This is the case with Oris’s calibre 113, which includes a day, date, month and week number within a movement the same height as the calibre 110.

There is a third, rarer and more exclusive approach. A semi-integrated construction involves grafting organs onto a base movement. Rather than having their own plate, which adds precious millimetres to the height, these complications are inserted into voids created in an existing movement. This approach shaves off millimetres, but adds significant complexity. It is nevertheless the only approach that gets around the problem of developing an entirely new movement for each combination of complications. This is why Patek Philippe and A. Lange & Söhne adopt this approach for their grand complications.

It is filigree and yet rocky in a way few motions with ~700 elements are. All the parts seem to have substantial quantity to them, almost begging the question why so many different moves we view incorporate fragile-looking little springs and cams inside their design. The Tourbograph looks like a beautifully decorated machine which dwarfs other movements.Hidden deep inside the bowels of the L133.1 is a fusée and chain transmission system, designed to ensure a more even delivery of torque as the mainspring unwinds over its short, 36-hour power book — 36 hours is really brief, but a shorter than average power book is not exactly unusual among such outrageously complicated movements. The series itself is 636 components, but Lange counts it as one (yes, one) part in the 684 part count of the movement itself.On the wrist, the 43mm-wide and whopping 16.6mm-thick platinum instance is a hefty, hefty monster. It wears nice, but the weight of this case and the ~1,400 elements inside it do make for one very hefty watch. Weapons grade, I think is the word. Few watches make me feel invincible, but that one failed in its strange way — because it, in all fairness, is a fragile thing.